The Lord’s Prayer | Thy Will Be Done 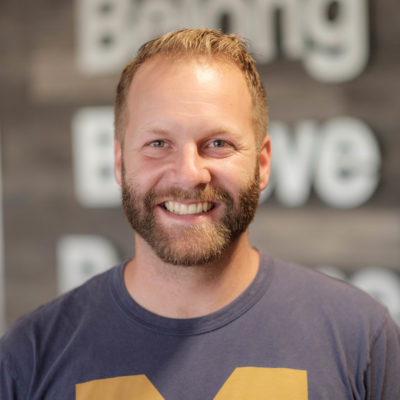 God overcomes whatever obstacles get in the way of his will.

Acts 9:1-19 Meanwhile, Saul was still breathing out murderous threats against the Lord’s disciples. He went to the high priest 2 and asked him for letters to the synagogues in Damascus, so that if he found any there who belonged to the Way, whether men or women, he might take them as prisoners to Jerusalem. 3 As he neared Damascus on his journey, suddenly a light from heaven flashed around him. 4 He fell to the ground and heard a voice say to him, “Saul, Saul, why do you persecute me?”

“I am Jesus, whom you are persecuting,” he replied. 6 “Now get up and go into the city, and you will be told what you must do.”

7 The men traveling with Saul stood there speechless; they heard the sound but did not see anyone. 8 Saul got up from the ground, but when he opened his eyes he could see nothing. So they led him by the hand into Damascus. 9 For three days he was blind, and did not eat or drink anything.

10 In Damascus there was a disciple named Ananias. The Lord called to him in a vision, “Ananias!”

11 The Lord told him, “Go to the house of Judas on Straight Street and ask for a man from Tarsus named Saul, for he is praying. 12 In a vision he has seen a man named Ananias come and place his hands on him to restore his sight.”

13 “Lord,” Ananias answered, “I have heard many reports about this man and all the harm he has done to your holy people in Jerusalem. 14 And he has come here with authority from the chief priests to arrest all who call on your name.”

15 But the Lord said to Ananias, “Go! This man is my chosen instrument to proclaim my name to the Gentiles and their kings and to the people of Israel. 16 I will show him how much he must suffer for my name.”

17 Then Ananias went to the house and entered it. Placing his hands on Saul, he said, “Brother Saul, the Lord—Jesus, who appeared to you on the road as you were coming here—has sent me so that you may see again and be filled with the Holy Spirit.” 18 Immediately, something like scales fell from Saul’s eyes, and he could see again. He got up and was baptized, 19 and after taking some food, he regained his strength.

Philippians 4:6 “Do not be anxious about anything, but in every situation, by prayer and petition, with thanksgiving, present your requests to God.”

At bedtime read Psalm 119:35. Pray with your kids that God would help give them direction.
Pray for the people in their life (family members, Christian friends, small group leaders) and that
those people would also give godly direction to them.

Turn on the news for a couple minutes before your meal and ask, “What are some things happening in our world that God wouldn’t want happening?” Maybe even ask, “Why do you think things happen that go against God’s will or desire?”

Have a fun talk about the infinite possibility of things you could pray for. Ask, “If you could ask
God for anything in the world, what would you ask for?” Feel free to be unrealistic and have
fun with it.

Your will be done on earth as in heaven.
What does this mean?
The good and gracious will of God is done even without our prayer, but we pray in this petition
that it may be done among us also.
How is God’s will done?
God’s will is done when He breaks and hinders every evil plan and purpose of the devil, the
world, and our sinful nature, which do not want us to hallow God’s name or let His kingdom
come; and when He strengthens and keeps us firm in His Word and faith until we die. This is
His good and gracious will.